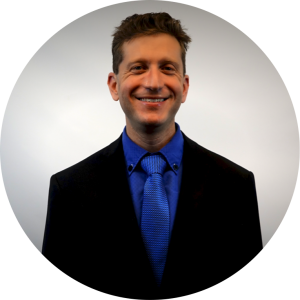 Seth GreeneCEO
Seth Greene is the nation’s foremost authority on growing your business with a podcast.
Seth is the co-host of the Sharkpreneur podcast with Shark Tank’s Kevin Harrington that was just named “One of the Top 10 Podcasts to Listen to in 2019” by Nasdaq.
He is the founder of the direct response marketing firm Market Domination llc, and he is a 7-time best selling author who has been interviewed on NBC, CBS, Forbes, Inc, CBS Moneywatch and many more. 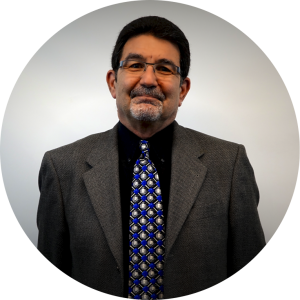 Bruce CorrisCOO
Chief Operating Officer Bruce Corris is the copywriting guru at Market Domination. He knows how to effectively get your message across in a way that’s compelling, informative, interesting, and sometimes just plain fun! Bruce is a former multiple Emmy Award winning journalist, has written for every medium, and has taught writing at the college level. 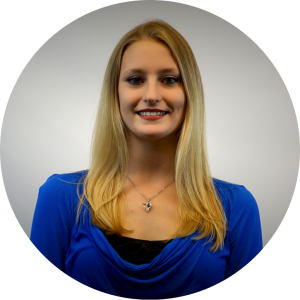 Kristin WattVisual Marketing Director
With an eye for perfection, Kristin dedicates herself to providing clients with visual designs reflecting their brand and vision.

She works on a range of design projects from book covers and podcast cover art to ads and pdf’s. 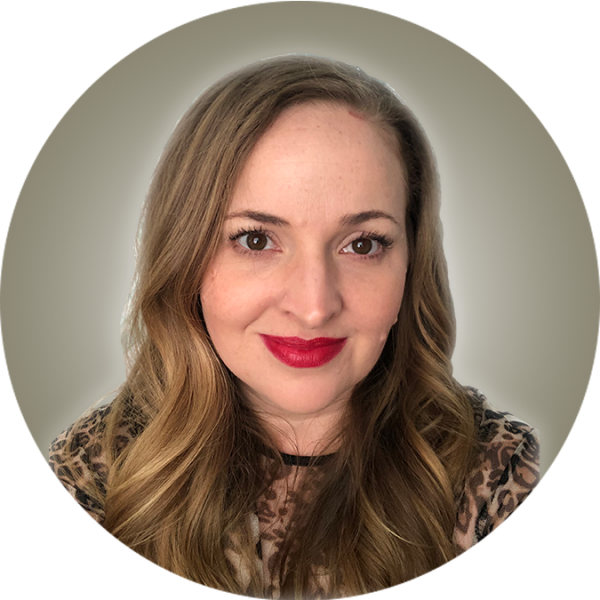 Tetan BrennanDirector of Podcasts
Tetan oversees our podcast marketing program, making sure that our clients get the right guests, the most effective interviews and the best final product. She guides you through every step of the process, ensuring results that work for you and your business. 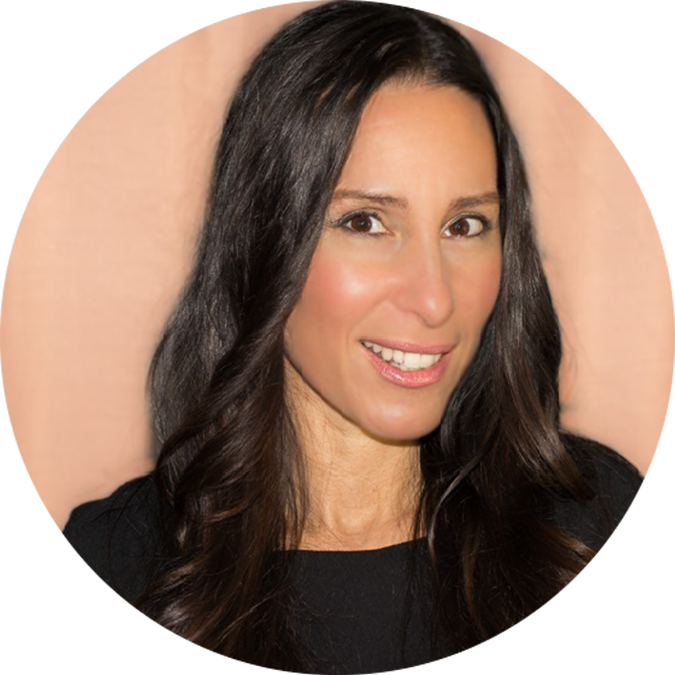 Desirae VazAccount Manager
Dezirae I work with clients in helping to create and grow their podcasts and books. From start to finish, I ensure our clients have everything they need each step of the way. 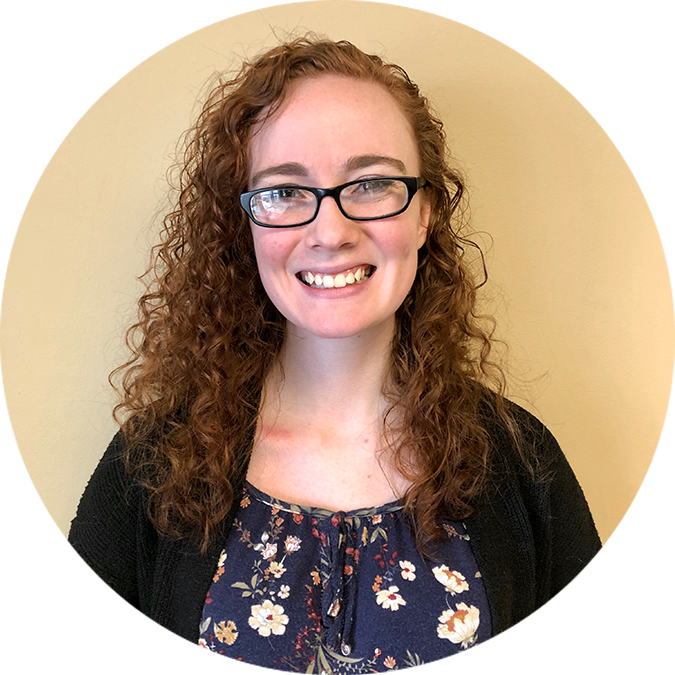 Emma MedinaAccount Representative
Emma works with our clients who are part of the podcast and book programs. From finding them the right guests, to making sure the interviews are informative and interesting. She is one of the reasons this process has resulted in so many satisfied clients. 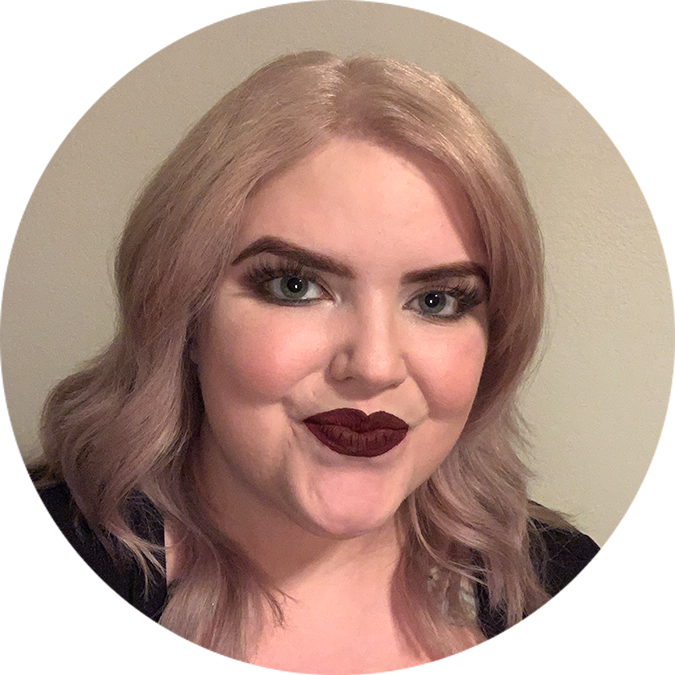 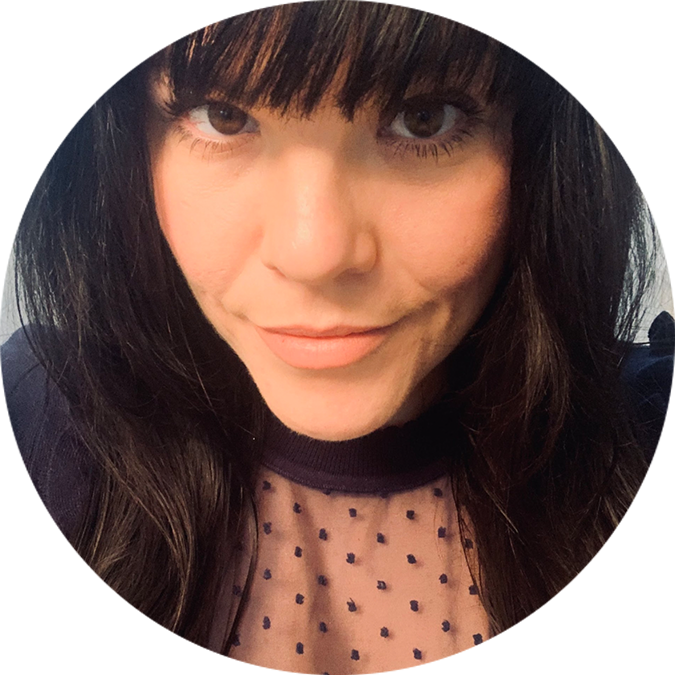 Amanda DarnellFacebook Representative
Amanda helps people grow their practices on social media. I make and post ads that help you have leads that target any demographics you want. I am here to answer any questions on your marketing ads. 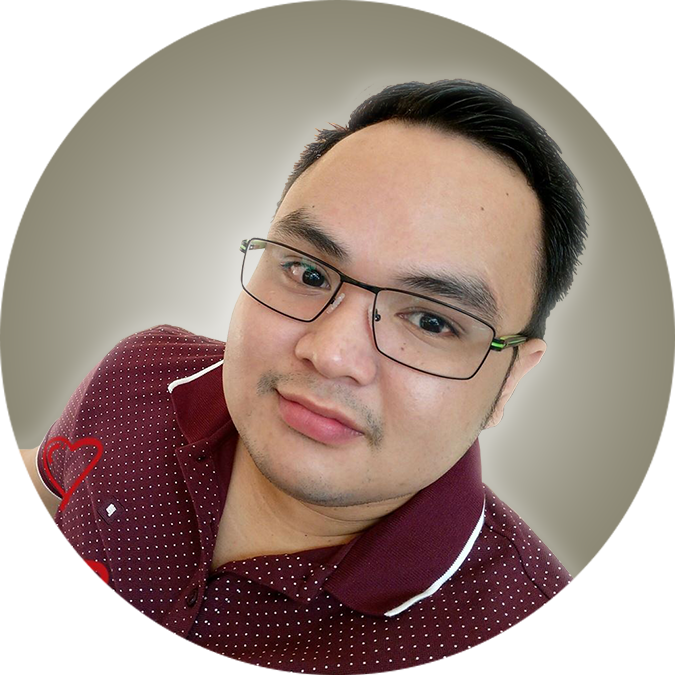 John MarzanAccount Representative
John Marzan has been keeping clients satisfied for years. He’s skilled in project management and customer service, and is an experienced and creative writer, editor, designer and researcher. John has worked with clients across the U.S. and the world, in a wide range of industries. 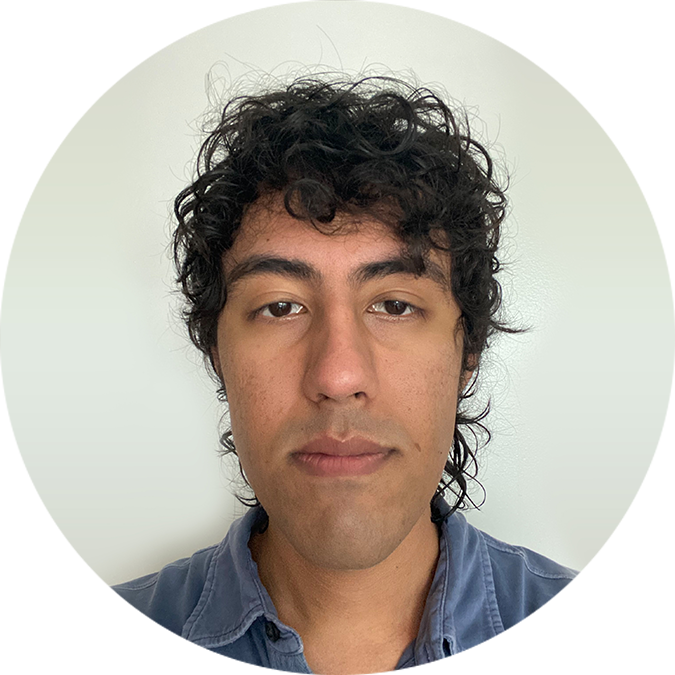 Zain ShiraziEditor
Zain is an accomplished editor in our podcast division. 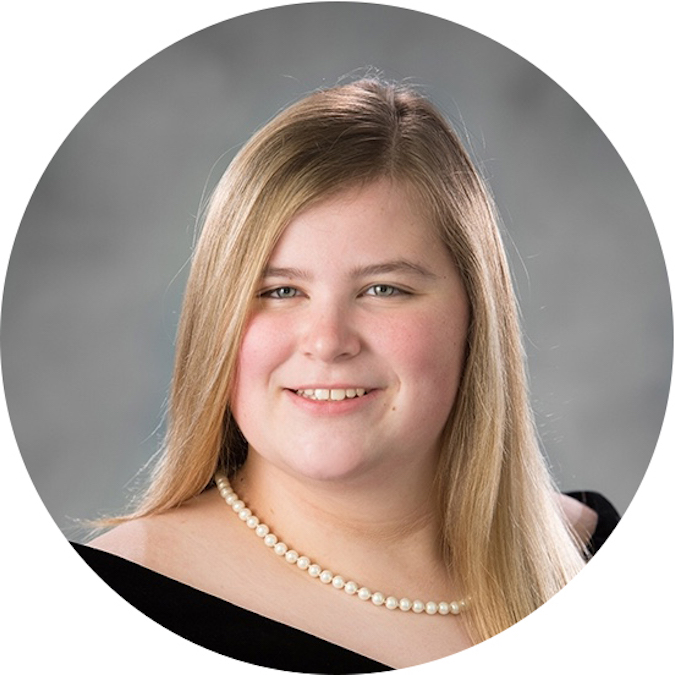 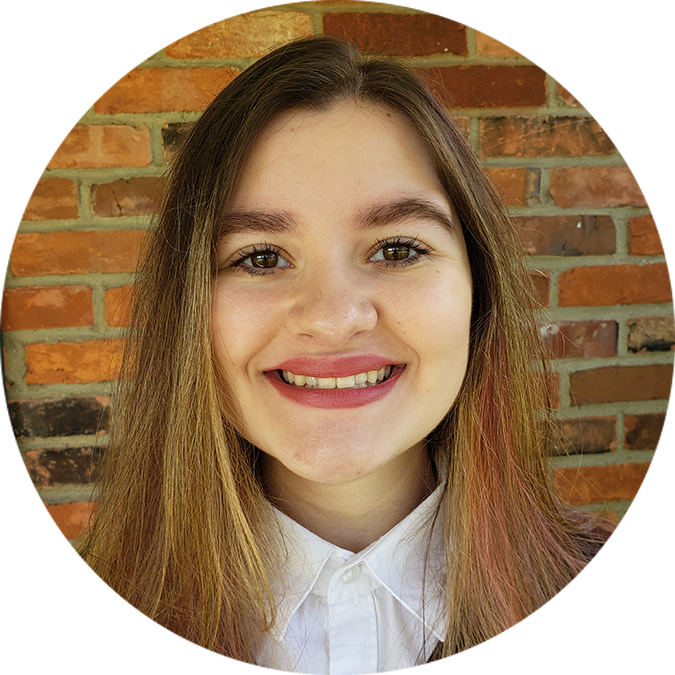 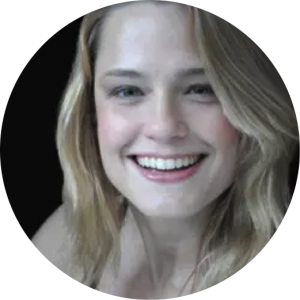 Genevieve Hannon has been “The Voice” of 1000+ television and radio commercials for Fortune 500 companies including Exxon Mobil, Verizon Wireless, J.P. Morgan Chase & Co., Johnson & Johnson, MetLife, The Coco-Cola Company, Morgan Stanley, Proctor & Gamble, and Visa Inc., as well as for Fortune Most Admired companies including Volkswagen and L’Oréal, and also for Gillette Venus, Anbesol, Canon, Tylenol PM and Ethan Allen, Tommy Hilfiger, Seagram’s, WebCT, The NY Times, Parade of Shoes, Massachusetts Health, Project Liberty, White Castle, Provident Bank & Foxwoods Casino. PROMOS: She has voiced 1000+ promos for award-winning television networks including Lifetime and MTV. CORPORATE NARRATIONS: Genevieve’s voice is described as professional, smooth, dramatic, articulate, inspiring, warm, genuine and welcoming for Narrations, Presentations and Industrials, as can be heard narrating the annual “This Is Best Friends” documentary videos for the nation’s largest domestic animal rescue and welfare organization, Best Friends Animal Society, and on site at the sanctuary’s Welcome Center. She has voiced narrations for Try Cinema – a social growth platform for the film industry, Govinda’s – the leading vegetarian Indian restaurant in Dubai, Halfen-Moment Group – an Irish-based Fortune 500 company and a industry leader in construction accessories supply worldwide, NASA International Space Station, miniPCR – DNA science technology helping develop new medicines, improve crops, solve crimes, and inform our medical choices, Garkane – southern Utah’s largest energy company, and Filippo Berio Olive Oil. MEDICAL NARRATIONS: With a strong command of medical terminology, she has narrated medical industrial presentations for companies like Ethicon, a Johnson and Johnson company and leader in advanced surgical care. She has narrated the leading radiation oncology guide available on Audible, Confessions of a Radiation Oncologist by Dr. Bobby Koneru. She is also the voice of miniPCR, a leading DNA technology company founded by a geneticist trained at MIT and Stanford who has conducted biomedical research alongside two Nobel laureates, is an inventor of gene detection technologies, and whose work has been cited thousands of times and profiled in The New York Times, National Public Radio and the BBC, and a molecular neurobiologist trained at Harvard. 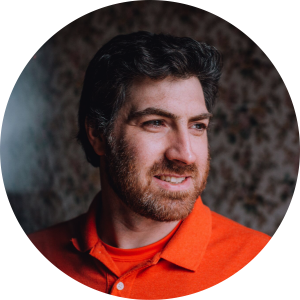 Scott Gravitt can transform his voice into many variations for various genres of projects. These include: the guy who is an announcer, next door, friendly, believable, humorous, sophisticated, smooth, excited, relatable, warm, energetic, over-the-top, witty, intelligent, down-to-earth, cool, laid back, authoritative, mean, villainous, rough, edgy and perhaps a few characters may show up along the way. I work out of my private studio and strive to provide professional, competitive and reliable voiceover services. Work credits include: weekly radio spot contributions, automotive dealership commercials for television, national and global radio commercials, and a host of other projects for companies of all sizes. If you think he fits your need,  just let us know – he would love to work with you! 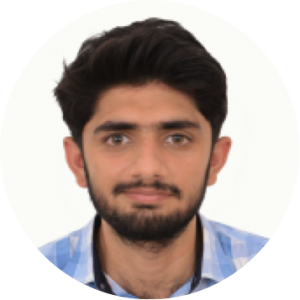 Muhammad Amhad Saeed has been certified in web development and been building websites since 2014. He is also experienced in developing software. He is skilled in WordPress, PHP, HTML5, CSS3, Javascript, JQuery, MySQL, BootStrap, C/C++, PDF to HTML and much more! He is enthusiastic, creative, ​and motivated to create cutting edge and technically advanced website for our clients.

Sujit Yadav is a graphics designer from India. He has been working as a freelancer for the past three years. He is passionate about computers and learning new things. In his free time, he teaches poor kids from his neighborhood. He also loves photography and traveling. 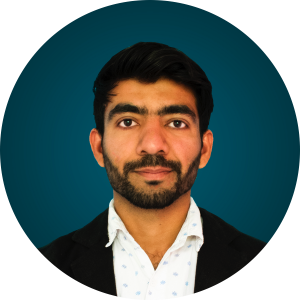 
Beyond Candid with Seth & Rebecca Greene

Seth will tell you, he wouldn’t be where he is without the love and support of his wife and soulmate Rebecca. During this Mastermind, Seth and Rebecca shared “The Hot Seat”, and shared the inside scoop in a candid conversation.

Racing to the Top

Take out the trash! (between your ears) Your business grows only as fast as you do. You have beliefs you don’t realize which are limiting you. In this enlightening and emotional Mastermind, Seth showed how cutting them loose can set you free.

What does jumping off a tower and zip lining over trees & water have to do with marketing? Doing that, facing obstacle courses in the forest, and other team building exercises made this Mastermind productive and a lot of fun.

Hear what other people are saying about Seth’s Monthly Masterminds: