The Death of “Traditional” Retail 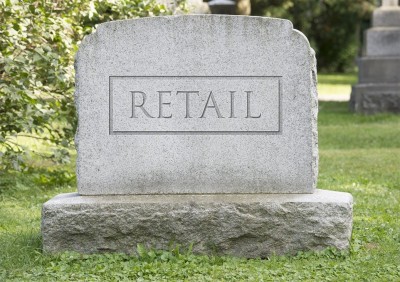 Rebecca and I took the kids to Toys R Us’s going out of business sale.
We went to both stores, Transit and Sheridan.
On the way to and from, Lillie was discussing her “boyfriend” Sam, and how he takes her favorite color marker, so she takes his and then they trade. Lillie is 5 years old, in case you didn’t know.

Max, Ella and I got in a high level socioeconomic discussion of why Toys R Us went out of business and what it means for the future of retail, and the future of marketing (and my business).

The three of us agreed that most likely, Amazon put Toys R Us out of business.
We also discussed what other businesses would likely be “Amazon’ed” in the future.
We all made predictions as to what chains, or types of businesses would be the next to go.

Ella thinks that is a bad thing for two reasons: one, she doesn’t want all of life to be spent in front of screens.
Two: she is worried about all the people who are losing their jobs.

Max says the Amazon effect is a good thing. He says it’s more efficient way to live your life – you have more time to do other things instead of having to go to stores. In regards to the employees who will be unemployed his theory is that those people will get better jobs doing better stuff.

To his point, there was a Toys R Us sales associate named Bob (not kidding) at the Sheridan store in the electronics section. He is an older man, who is the nicest Toys R Us employee we’ve ever encountered. I’ve seen him many times over the years. He is always always cheerful, always happy to help, and bends over backwards to make sure you have a good experience. I have to believe that kind of service will get him hired somewhere else. Heck, if I had a retail store, I would hire him.

So to me, Toys R Us going out of business is the end of an era.

I think it heralds (Max’s spelling bee word) the death of traditional retail.

The Chinese character for Crisis is made up of two characters, one for danger, and the other for opportunity. Read the rest and I will share both with you.

In our opinion, Circuit city lost to Best Buy because Best Buy has the geek squad.
Amazon can’t get physically send people to your house to install products for you…..yet. Cue scary Music.

In our opinion Toys R Us lost because you can buy the same toys cheaper online.
Even if you are buying them for the same price online, you can skip the trip to the store.

I asked the kids what Toys R Us could have done to evolve and survive. Their answers were pretty good.

Toys R Us would have had a chance if they had a lot of toys out for you to play with – and made it a destination as opposed just a store. They needed game days, tournaments, themed days, etc.

A local example in Williamsville is Dave & Adams. Not only do they sell the Pokemon cards Max is obsessed with, but they have tournaments every weekend of Pokemon, Magic, D&D, and probably other games Max doesn’t even know about….yet. From what I can see taking Max there, the fans of Dave & Adam’s are very loyal and very frequent customers. They are obsessed with the games they play, and look like they view Dave & Adam’s as their third place – a la Starbucks – between work and home, to hang out. They’ve built a great Cult-Ure.

I believe most physical service companies are safe. Until Amazon decides to contract with local service providers to offer a unified brand for one line of service nationwide. Like Amazon Hair Salons, for example. Jeff Bezos, you heard it here first. If you use this I want a royalty.

If you are a physical service company, you should still work on improving lifetime customer value and customer communication so your relationship is protected from lower priced competition.

You can’t get a haircut online – but you do need better marketing and Customer Relationship Management so SuperCuts can’t hurt you.

I remember a local barber shop owner that was panicking because SuperCuts had opened down the street and he was afraid they were going to put him out of business. Their grand opening promotion was to offer $6 haircuts for several weeks. The barber was told to rent the billboard that was right near SuperCuts. He placed a four word giant advertisement (text only) on that billboard. The billboard advertising company tried to talk him out of the giant plain text ad, but he followed directions and insisted. The ad ran as designed. Less than a year later, SuperCuts packed up that location and went somewhere else. What was the four word ad? “We Fix $6 Haircuts.” Game over.

That’s something no Madison Avenue ad agency advertising a giant company would ever come up with.

“Al’s Steakhouse” had a similar problem. Outback Steakhouse was opening on the same block. Al too was worried he was going to go out of business after 20 years. Al was advised to use multi-step lumpy direct mail and hit every affluent potential customer within an X mile radius of his location. Within a year, Outback closed that location as well. The premise of the direct mail campaign? Al’s offered “The Best Steak Dinner You Have Ever Had Or Your Money Back!” Again, no giant restaurant chain would offer a money back guarantee.

Local restaurant Chik-N-Pizza, local cafe Clarence Center Coffee, and local vitamin and herb store Marlene & Phil’s use our VIP text messaging program to drive business. They give each customer a one time discount for signing up for their VIP Text Message Club. Members get text messages with special deals, promos, menu items, and other offers exclusively for them. Anytime they want, our clients can text blast all their members with whatever offer they want to make. Since everyone usually opens every text message they get, it’s a great way to drive sales and stay in touch.

Want to avoid being “Amazoned?”

Here at Market Domination LLC, we can help either way.

If you are a service business, or provide a consumable physical product (like food) that won’t be bought on Amazon (yet), we can help you build a list of your customers and communicate with them so that they come back more often, spend more money with you, and refer more customers to you. That is direct response marketing at its finiest.

If you are a “traditional” retail store, we can help you invent ways to differentiate yourself so that you become a experiential destination instead of just a display case for people to use to price shop on Amazon. That’s all about direct response marketing.

Just go to http://www.MarketDominationProgram.com and apply now for a Business Optimization Audit.

As for what my kids had to say about Amazon’s effect on my business? Max had the idea that Amazon was good for us. He said as Amazon puts more companies out of business, more business owners would come to us for the marketing necessary to survive and thrive in the Amazon era. Here’s hoping he’s right.[/fusion_text][/fusion_builder_column][/fusion_builder_row][/fusion_builder_container]

About the Author: Seth Greene

Seth Greene is a Nationally Recognized Direct Response Marketing Expert. Seth Greene is the author of five best-selling marketing books, and his latest book, Market Domination for Podcasting hit Barnes & Noble in January 2017. He is the only person in history that Dan Kennedy has nominated for marketer of the year three years in a row. Seth has been featured on real media like CBS MoneyWatch, CBS news, Inc magazine, The LA Times, The Boston Globe, The Miami Herald, and the #1 morning radio show in New York City. Seth has shared the stage with Steve Forbes, John Mackey of Whole Foods, Dan Kennedy, Jeff Mask (Infusionsoft), Dave Dee, Darcy Juarez, Sam Bell, Dustin Matthews, Dave VanHose, Perry Marshall, Brad Martineau, and many other luminaries. Seth has been written about in three best-selling business books, the top industry trade journals, and in Dan Kennedy’s NO BS Newsletter. Mike Koenig’s put him in his launch videos as one of his all-stars. He represents everyone from local bricks and mortar businesses to 4 Fortune 500 companies. Seth is the founder of one of the fastest growing direct response marketing firms in the country, www.MarketDominationLLC.com, that will make new customers appear for your business like magic!
Toggle Sliding Bar Area
Page load link
Go to Top